A UFOlogist, author, and paranormal researcher argues that he has discovered the remains of beings not from Earth near the famous Nazca lines in Peru—proving how aliens once lived on Earth among humans. A Russian scientist from the National Research University in St. Petersburg who participated in the ‘study’ says: “Obviously, this is not a fake…” 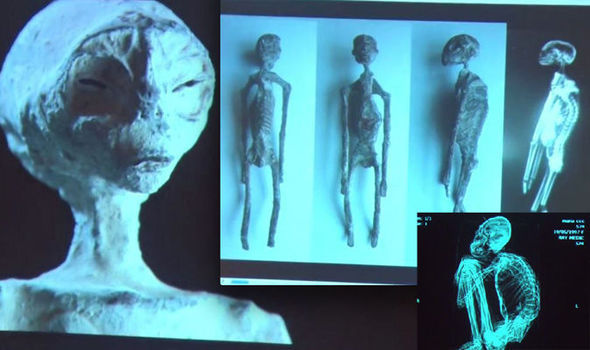 One of the most famous paranormal journalists and UFOlogists in America—Jaime Maussan—aruges that five mummified bodies discovered in the last couple of months are alien in nature and seem to be “closer to reptiles than humans.”

Speaking in an interview with RT Español, the Ufologist said: “We confirmed with scientific evidence the existence of beings from another world,” “Before it was a possibility, now it is a reality,” he added when speaking about the existence of aliens on Earth.

Furthermore, Maussan believes that the mummified remains suggest how extraterrestrial beings once coexisted with humans on Earth.

“[These] mummies were buried in human tombs, in sacred places,” said Maussan. “This means that they had co-existed with our ancestors, were not enemies and had, to a certain extent, a degree of respect between both races or cultures.” 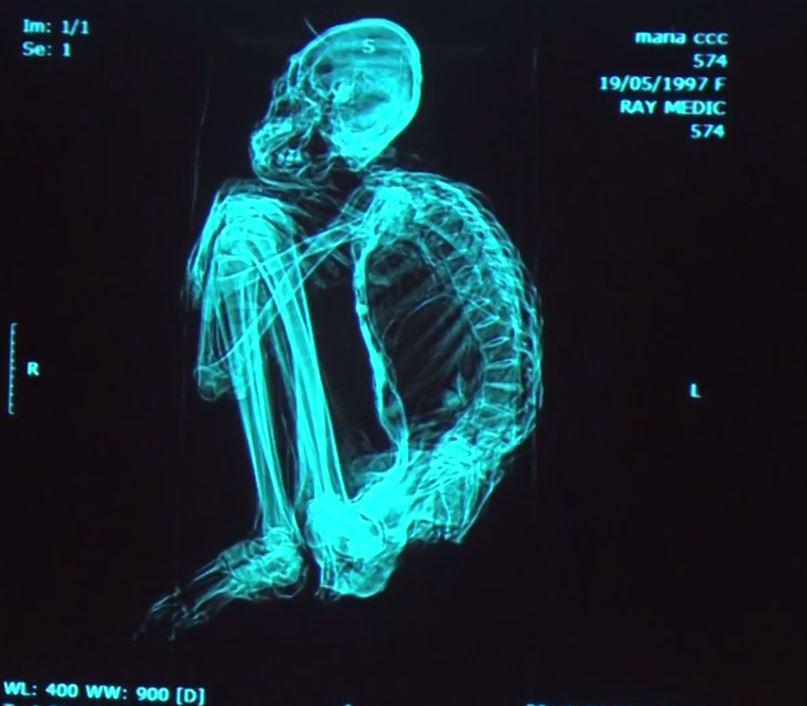 The alleged mummified “Alien” remains are believed to date back around 1,700 years and measure around 170 centimeters, have three fingers and an extremely elongated skull.

However, despite Maussan’s efforts to ‘scientifically’ back his statements, the Mexican has been heavily criticized for presenting “questionable” evidence that extraterrestrial beings visited Earth.

Furthermore, The World Congress on Mummy Studies was once cited as calling Maussan’s research and work “an irresponsible organized campaign of disinformation.”

“Anything associated with Jaime Maussan, a serial promoter of fake alien evidence, is suspect,” it added.

However, when asked about the veracity of the discovery, and whether or not it was just disinformation, Jaime Maussan responded: “Nobody has proven that it is a fraud. We are going to present preliminary evidence that will determine in the vision of the media, in the collective vision of the popular consciousness, the validity that it has. And if in some way it is considered that there is doubt and that this can be real, the obligation of the Peruvians first and the whole world is to preserve these bodies to find a true answer.”

The findings are exciting for many but questionable to even more. At this point, one can only conclude that the “Extraterrestrial” origin of the mummies is only a theory. Russian researcher Professor Konstantin Korotkov with the National Research University in St. Petersburg who was part of the discovery does not agree entirely that the discovered remains were Alien in nature.

Other researchers had much to say.

“Obviously, this is not a fake; it could be a mutation or another kind of creature that is fundamentally different from us. This is the main issue that we can’t answer yet,” the expert concluded.

However, there are several other theories that may explain the odd characteristics of the mummified bodies. One expert believes the mummified remains may belong to a long-lost human ancestor.

The mummies can “belong to one of the groups of humanoids that inhabited our planet thousands of years ago and then disappeared from the earth due to certain natural processes.”

The most important thing to do at this state is to “compare the genes of the mummy with the genes of different people.”

“After that, it will become clear whether it is a Cro-Magnon, namely, a mutation of our species, or it’s another kind of creature. At the moment, we can’t draw deeper conclusions,” Korotkov said.