502
SHARES
Facebook
Truth-seekers should brace themselves for “surprising evidence” hitting the wires at 6pm on September 26.NASA’s planet-hunting telescope Hubble has discovered something major on Jupiter’s mysterious moon Europa – regarded as the solar system’s best bet for alien life.Hubble has found evidence that the moon has a large ocean – an essential for life. 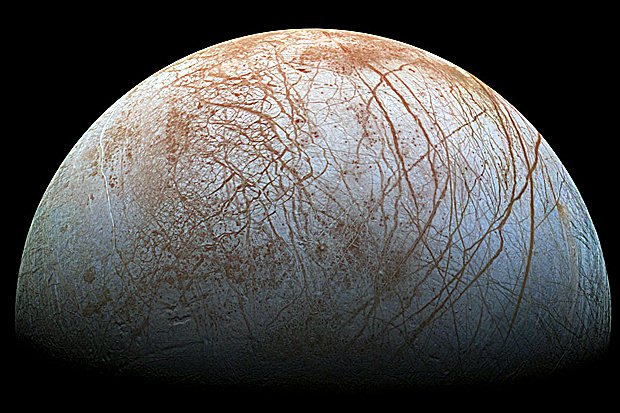 Officials said: “Astronomers will present results from a unique Europa observing campaign that resulted in surprising evidence of activity that may be related to the presence of a subsurface ocean on Europa.”

Last year it revealed that it had found a new Earth-sized world that had the potential to hold alien life.

Kepler-452b orbits a star similar to our sun and has perfect climate for water and life.

There was fresh hope for other life when “Earth two” was revealed in August.Proxima b is a new Earth-like planet orbiting Proxima Centauri – the closest neighbouring star to the Sun.

Similarly to Kepler-452b – it occupies in the “habitable zone” of the star, where temperatures are cool enough for the water, and therefore life, to thrive.