Two mysterious stone rings found deep inside a French cave were probably built by Neanderthals about 176,500 years ago, proving that the ancient cousins of humans were capable of more complex behavior than previously thought, scientists say. The structures were made from hundreds of pillar-shaped mineral deposits, called stalagmites, which were chopped to a similar length and laid out in two oval patterns up to 40 centimeters (16 inches) inches high. They were discovered by chance in 1990, after remaining untouched for tens of thousands of years because a rockslide had closed the mouth of the cave at Bruniquel in southwest France. 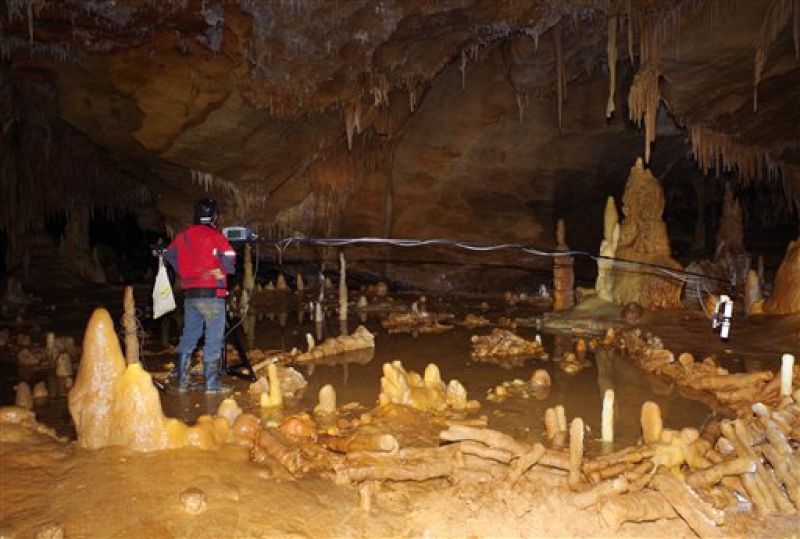 This is an undated image released by CNRS on Wednesday May 25, 2016 of stone rings inside a cave on Bruniquel in France. (Photo: Michel Soulier/CNRS via AP)

While previous research had suggested the structures pre-dated the arrival of modern humans in Europe around 45,000 years ago, the notion that Neanderthals could have made them didn’t fit long-held assumptions that these early humans were incapable of the kind of complex behavior necessary to work underground.

Using sophisticated dating techniques, a team led by archaeologist Jacques Jaubert of the University of Bordeaux, France, found that the stalagmites must have been broken off the ground around 176,500 years ago “making these edifices among the oldest known well-dated constructions made by humans.”

“Their presence at 336 meters (368 yards) from the entrance of the cave indicates that humans from this period had already mastered the underground environment, which can be considered a major step in human modernity,” the researchers concluded in a study published online Wednesday by the journal Nature. 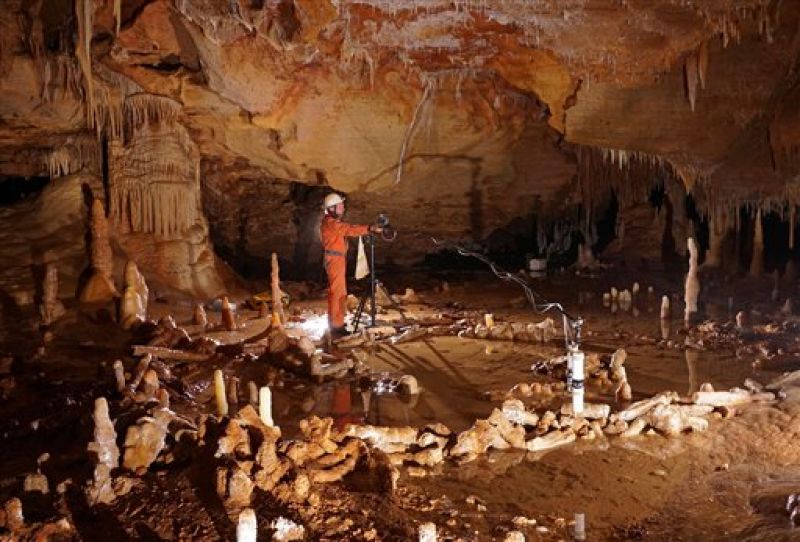 Scientists say that a pair of mysterious stone rings found deep inside a French cave was probably built by Neanderthals about 176,500 years ago, proving that our ancient cousins were capable of more complex behavior than previously thought. (Etienne Fabre/CNRS via AP)

Jaubert ruled out that the carefully constructed rings, which show traces of fire, could have come about by chance or been assembled by animals such as the bears and wolves whose bones were found near the entrance of the cave.

“The origin of the structures is undeniably human. It really cannot be otherwise,” he told The Associated Press.

The Neanderthals who built them must have had a “project” to go so deep into a cave where there was no natural light, said Jaubert. They probably explored underground as a group and cooperated to build the rings, using fire to illuminate the cave, he said. “These are exceptional tours, certainly for extraordinary reasons we do not yet know.”

Paola Villa, an archaeologist at the University of Colorado at Boulder who wasn’t involved in the study, said the site “provides strong evidence of the great antiquity of those elaborate structures and is an important contribution to a new understanding of the greater level of social complexities of Neanderthal societies.” 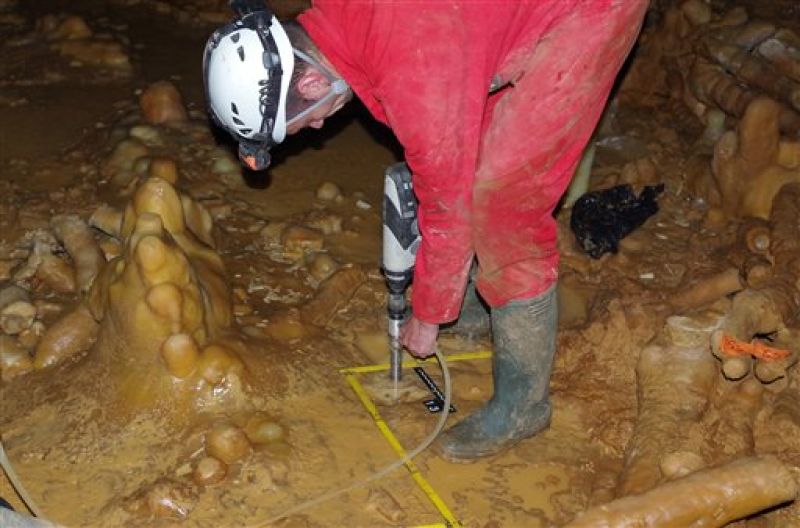 The structures were made from hundreds of column-shaped mineral deposits, called stalagmites, that were chopped to a similar length and laid out in two oval patterns up to 40 centimeters (16 inches) inches high. (Michel Soulier/CNRS via AP)

The authors said the purpose of the oval structures — measuring 16 square meters (172 sq. feet) and 2.3 square meters (25 sq. feet) — is still a matter of speculation, though they may have served some symbolic or ritual purpose.

“A plausible explanation is that this was a common meeting place for some type of ritual social behavior,” Villa suggested.

Wil Roebroeks, a Neanderthal expert at the University of Leiden, Netherlands, noted that the structures in Bruniquel may represent only the tip of the iceberg of Neanderthal culture, but most relics would have been made of organic material and decayed long ago.

Roebroeks, who also wasn’t involved in the study, said the fact that similar rings haven’t been found anywhere else makes it hard to test any theory about how they came to be.

“One could even envisage that groups of Neanderthal teenagers explored this underground environment deep in the cave, as teenagers tend to do, building fires, breaking off stalagmites and gradually turning them into the structures that 175,000 years later made it into (the journal) Nature,” he said.